I have replaced the #Storm #rudder #bushes. There is no rudder bearings.

I had Babar lifted as she had to be lifted over a meter, a very big hole if you decided not to lift.

When you remove the tiller you come to a circular piece with a bolt through it's middle, once you remove that bolt the rudder is free to drop. I had to pull and move the rudder for it to drop so nice and tight. I made the mistake of undoing the 5 bolts on the bottom plate, this is not necessary.

Once lifted the rudder dropped out nicely.

To take the bushes out I brought a 1.5 meter stick, I believe a broom handle. This worked very well to remove the bottom bush but it took me a long time to remove the top one. The top one is a very tight fit. I eventually removed the top bush using a large screw driver as a leaver.

I cleaned everything with 3 in 1 oil then smeared with heavy duty grease when replaced the bushes. I used a wood hammer to replace the top bush. 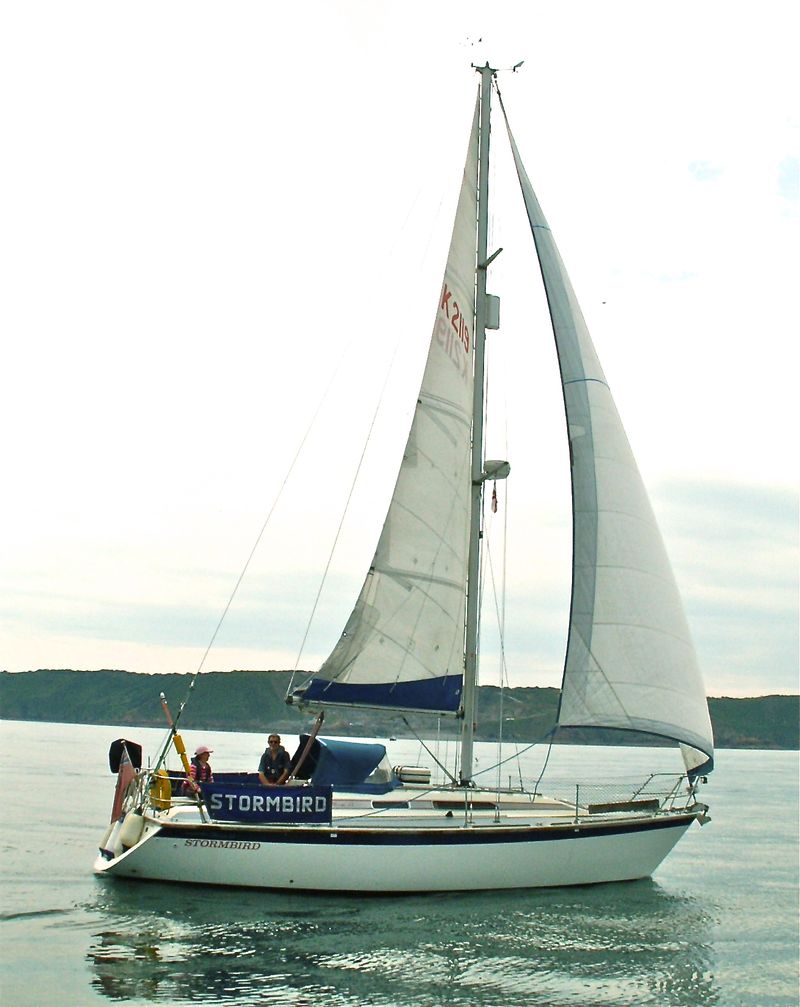