The Vulcan is great boat to own.

Some of them needed the keel floor re-enforcing.

There is the risk that osmosis may appear. If the hull is wet, over the winter open up the bilges and put a fan heater on a thermostat on plus a de-humidifier.

If just the odd blister treat it, otherwise leave well alone. The hull is so thick it won't sink!

Some purchasers asked for a double gell coat which was not as good an idea as they thought. The thick gelcoat does not flex when banged and so may cause star cracks. Good thing is with a thick gelcoat scratches can be polished out.

When I first purchased my Vulcan the helm was stiff . I had to oil all the universal joints several times and steer from end to end lots of times while tied up to free it . Picture is a rotary chain drive autohelm arrangement. On Octopus the ram did not work in heavy seas so I changed to a rotary one and that made the steering lighter ! The steering box also broke loose ( it is mounted on a wooden plate and is a Burman Landrover type box ) so I took that apart and re greased it which also helped lighten the steering . Steering now is light 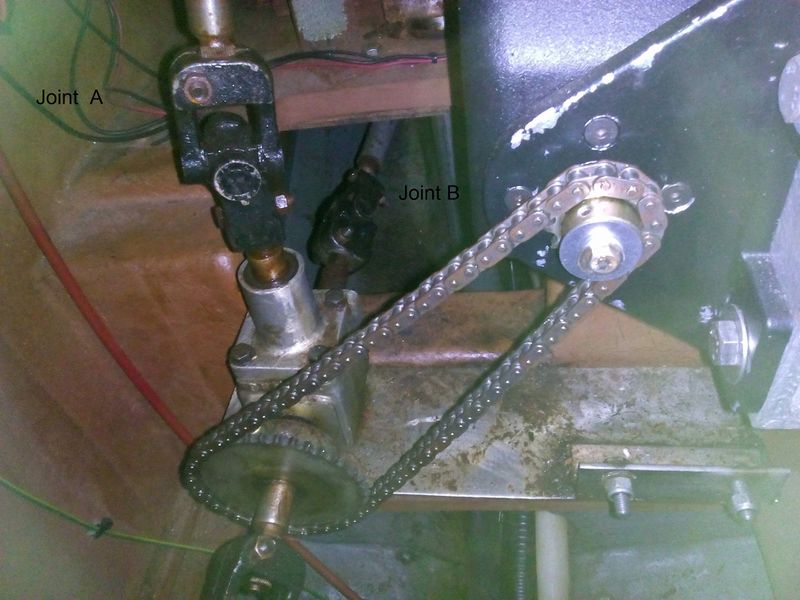 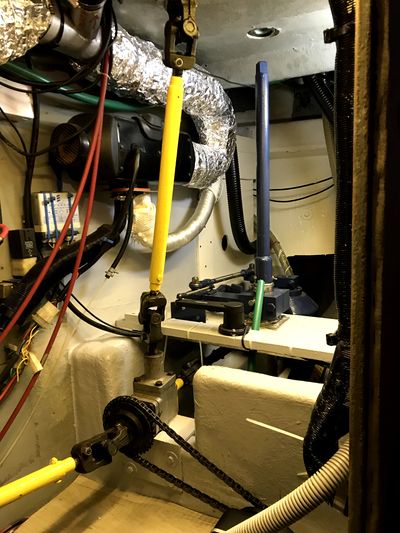 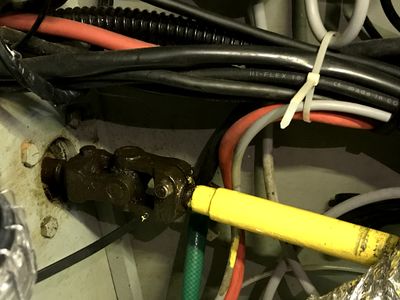 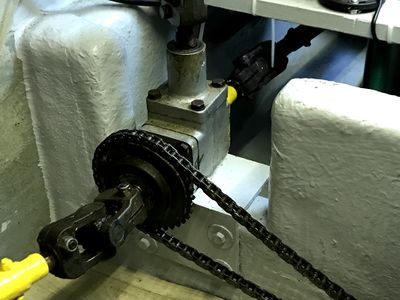 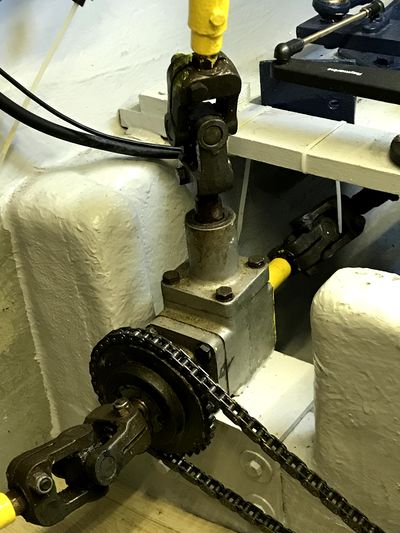 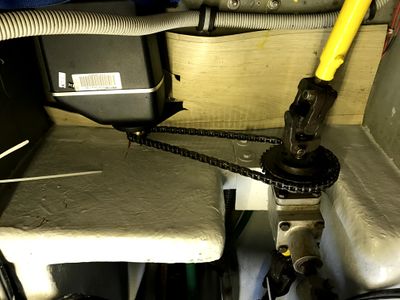 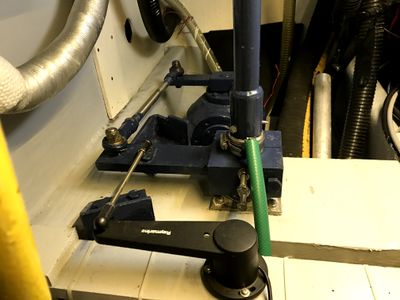 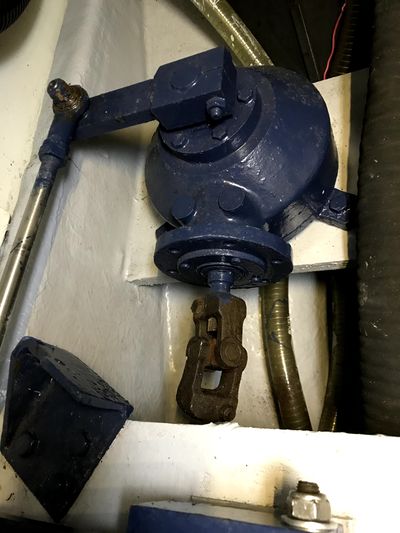 Vulcan has rod driven steering from two wheels. Couple of years ago I had cause to use the emergency steering Tee bar after the steering box came adrift, the T bar fits on the top of the fixed original extension (pic 1 and 2) I repaired the Burman box steering mounts but that is another story . Last year while trying to reverse she would only go to port because the steering had jammed and the reason it had jammed was the extension bar had fractured at its base and had fallen over leaving a sleeve (pic 3) on the rudder shaft (pic4) Why it had fractured I have no idea, the vertical split was cut by me with a multitool so I could drive a wedge in and remove it. I’d removed the cross bolt and made up a puller but that wouldn’t remove it so I resorted to the splitting it.

If you have this type of extension now is the time to give it a sideways tug! 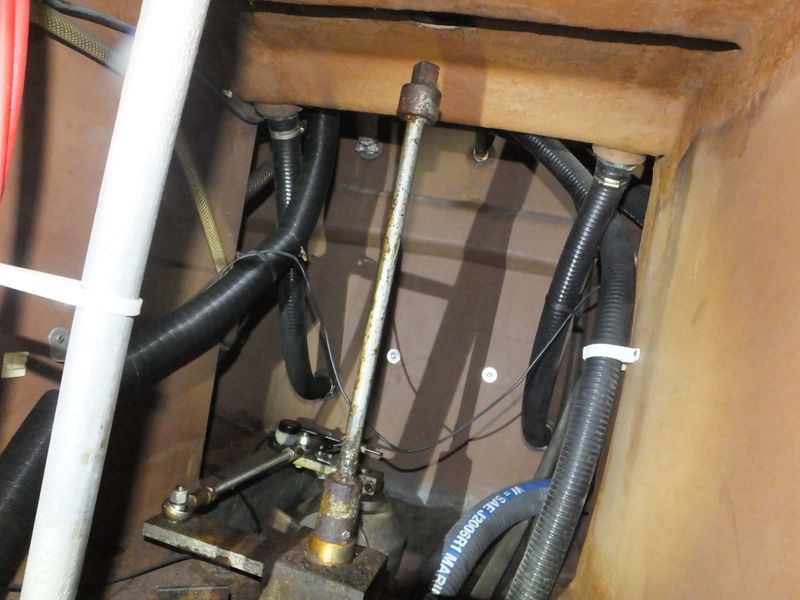 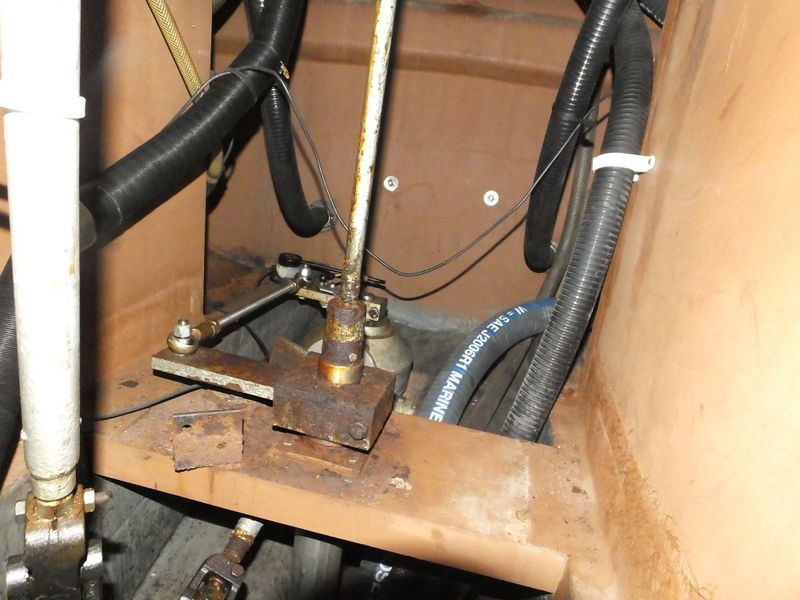 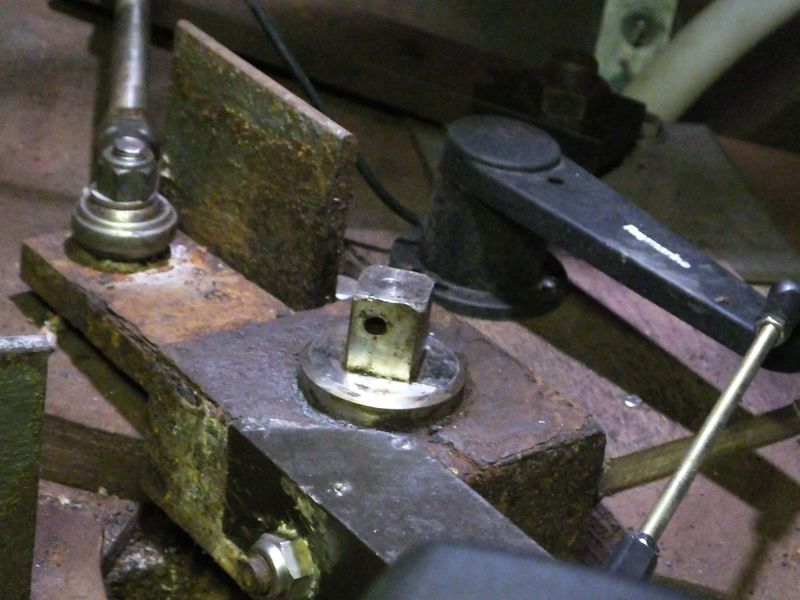 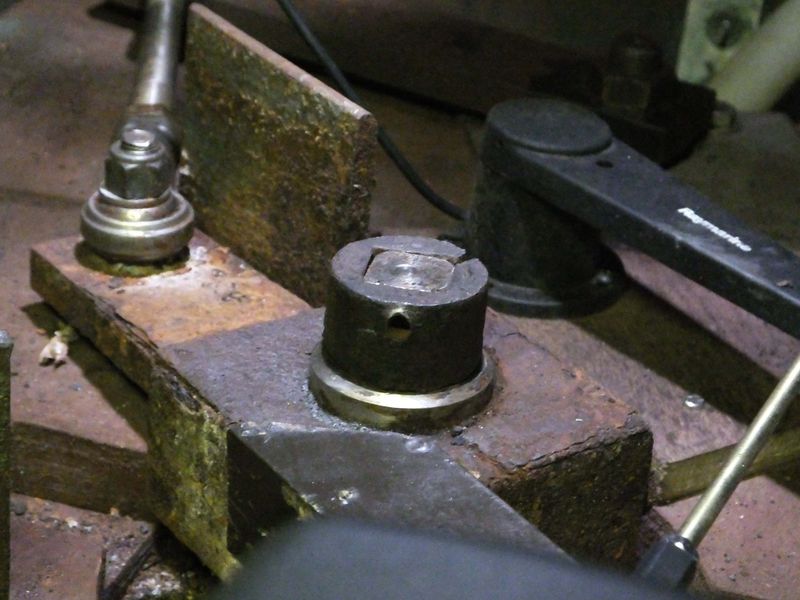