Blisters on a Rudder

I had been aware of blisters in the rudder for some time but chose to ignore them until I damaged the leading edge of the rudder on a sand bank in the middle of the Thames Estuary (Middle Sand). At the same time I was aware of a leak around the rudder tube that required the rudder to be dropped for investigations. 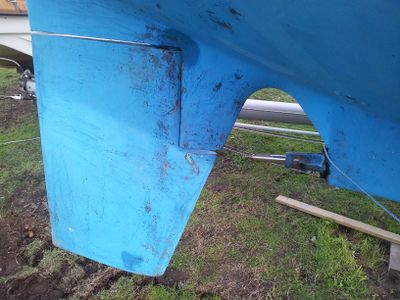 After lift out a hole was dug and the rudder dropped. 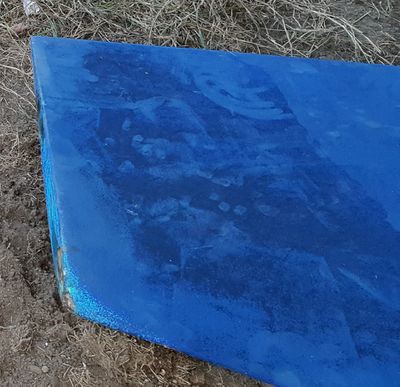 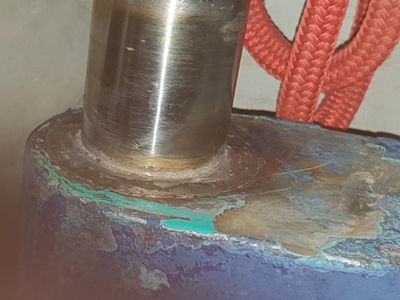 The rudder was damaged at leading edge corner and water was dripping out.

With the rudder upside down water also came out from around the shaft on the top edge. 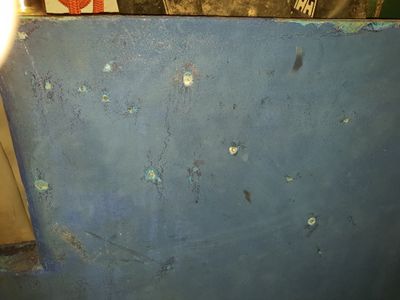 Since repairs were obviously going to be required to the bottom of the rudder I decided to investigate the some blisters.

The blisters were not what I expected as osmotic blisters seeming to be more like the intact gel coat being forced away from the core over an area of about 1.0" to 1.5" diameter.

This is not obvious in the pictures. After opening up some of the blisters they all were wet inside.

The hole along the bottom of the rudder was opened up as a groove along the full length of the rudder and the rudder was set up in a shed to allow it to dry.Water continued to drip out through November, December and January but at the beginning of February it was dry enough to pass over to the local fibre glass shop with instructions to repair the bottom and seal the holes up.

The bottom was repaired but when the holes were investigated inside it was found the gel coat was damaged. There were holes possibly as a result of previous attempts to repair osmotic blisters. The holes had been filled but had not been reinforced with glass and the filler was actually soft.

It was decided that the whole of the rudder needed to be peeled. This was done with an electric planer revealing the laminate underneath to be dry and in good condition.

Now one thing in common with fibre glass shops is they are not delicate.

As can be seen a test core was drilled through the blade and a hole routed out near the shaft to expose the steel underneath.

Inside the Rudder the steel work can be seen to be bright and the welds are in excellent condition. Quality Westerly construction

The rudder was found to be cored with a grey aireated resin which although crumbly had not absorbed water. It was concluded that the water inside the rudder was between the core and the inside of the gel coat resulting in the large area blisters observed.

The test hole has been filled with solid resin and the next step is to recover both sides of the core with laminate and regel coat. I am told that will be done by the end of the week so hope to load a picture soon. 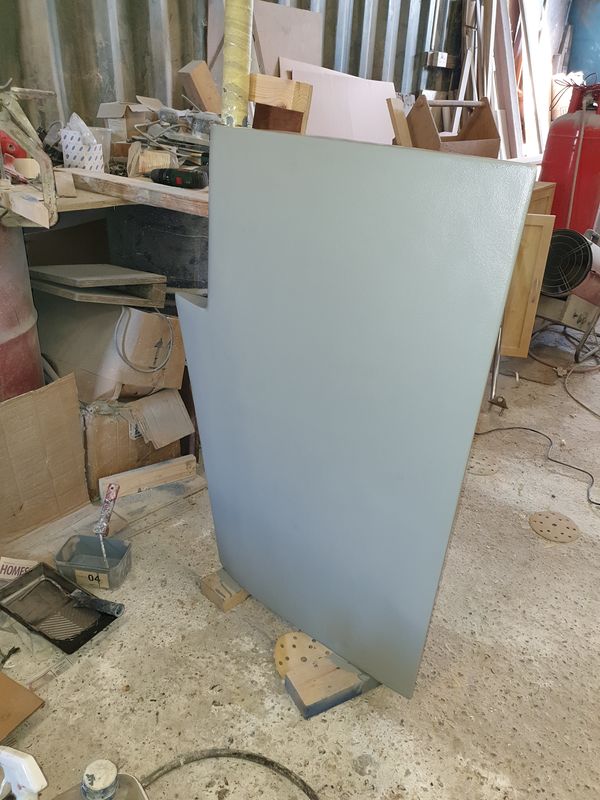 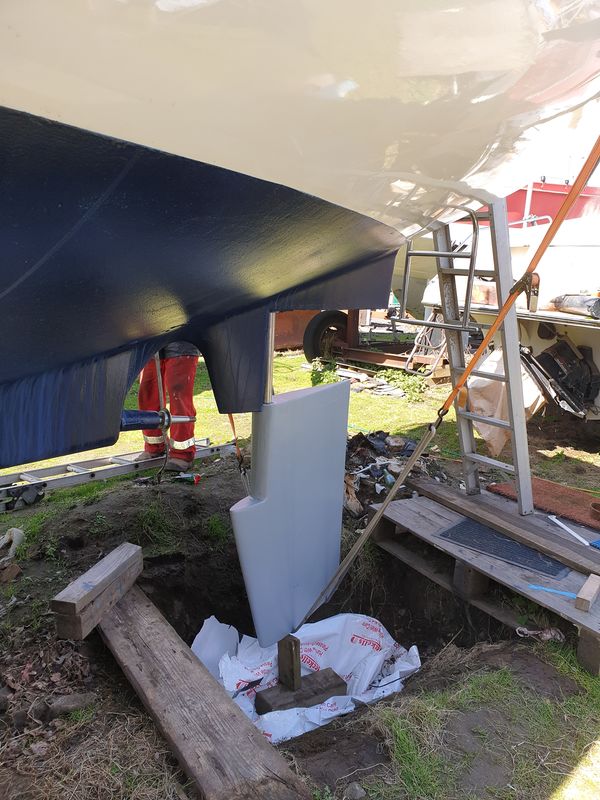 Advice if you have blisters in your rudder

I suppose my advice would be dont despair it is fixable and you wont need a new rudder. If you choose to spot treat your blisters that is probably a good idea but do not just fill the holes. Make sure you do a proper repair and seal up with resin, glass and then gel coat to waterproof the area. Also seal (sikaflex) round the top of the shaft.

The idea of drilling a hole in the bottom of the rudder to drain it is not really going to work as the core is so solid and the water will sit under the gel coat. This is the second rudder I know of that has been opened up and the steel work found to be in good condition.

Or you can just leave it until like me you have to do something and then have the rudder rebuilt.