If I can add to Mike's comments above, The width of the keel at the aft end is quite thin and you'll find that if you work out where the furthest aft keelbolt is on the outside of the boat you'll find it is quite a distance from the aft edge. If you do go ferretting around the aft end you'll also find A LOT of filler at this aft end. If you want to investigate further, I did this about 6 years ago on a Renown and the following is cut and pasted from bits I've written before on this topic from various other answers I've submitted..

I ground back the joint using a "flapdisc" in an angle grinder. A flapdisc is much more gentle than a grinding disc. The hull to keel joint looks like a sandwich when cleaned and any rust coming through the joint is very obvious by its colour.Use a notch cut in a plastic fibreglass spreader (the blue ones you get in fibreglass kits) to give you a nice bead to finish off with. Fairy liquid washing-up liquid makes a good "blocking" barrier when using Sikaflex. I bought all the "stuff" on e-bay which was much cheaper.

I did this a couple of years ago on Annabella. I posted a request for info on the website and got 2 replys both of them saying the same thing. Below are from my notes etc. I bought 5 or six tubes of sealant and only used 4 I think.

Every year the sealant in the keel/hull joint of my Ocean 33 always pulled away from the surfaces and I was keen to keep the water out of the joint. I noticed that Starlights have a band of sealant about 40 mm wide so I have copied this.

In the winter 03/04 I sealed the keel / hull joint with a 42 mm wide band of Sikaflex 291 to give it good adhesion to the hull and the keel. It is still performing very well with the Sikaflex band intact and no rust at its edges. The surface has stretch marks in the antifouling but this is to be expected as the keel will move and stretch the band. After the first season there was some stickiness which may have resulted from not fully curing the Sikaflex before I coated it with Primocon and Micron Extra antifouling.

The procedure I adopted was as follows. First I prepared a polythene tent that could be warmed with a fan heater. I left the existing sealant in the joint to give a level surface across which I planned to apply a Sikaflex bandage. I scraped, degreased, sanded, degreased again and then primed the GRP and cast iron surfaces with the proper Sika primer and kept them above 10 C inside the heated polythene tent. I also applied 2 strips of bond breaker tape (for teak deck joints) over the joint area to give a stretching zone of 12 mm; this is ample for even quite large movements and reduces the load on the adhesion zones. The band of Sikaflex is 42 mm wide - 15 mm bonded to the keel + 12 mm over the bond breaker + 15 mm bonded to the GRP of the hull. I applied it with a plastic spreader shaped by myself to give the profile I wanted to achieve on the Sikaflex band - 2 mm thickness at the edges (angled down at 45 degrees to the surfaces) and about 5 mm in the centre. I had a top and bottom band of masking tape set back 2 mm top and bottom to act as visual guides while profiling the sealant. It is hard to get a neat straight band but when the Sikaflex has partially set you can easily go back over it to fill in the hollows and other imperfections. It was a rush as you are supposed to apply the Sikaflex within 2 hours of the primer. In this time I had to apply the bond breaker tapes, the top and bottom masking tapes and apply the Sikaflex to the 3 m long joint (both sides of keel). It took about 2 tubes of sealant.

A 2 part polysulphide sealant such as Thioflex 600 (made by Fosroc) would be an even better sealant than Sikaflex 291 for continuous immersion but unfortunately it has to be bought in larger quantities and the mixing adds a further difficulty to the process. I understand that the later Westerlys had their keels bedded in Thioflex 600 and Starlights used a similar product.

All a bit complicated but considering how long it has lasted without any work each winter I think that it was time and money well spent and it is reassuring that water cannot get at the keel bolts.

( The above was a pasted answer to me)

Grind back to clean fibreglass. Be careful of the ends as they are just filled with filler to blend the hull in to the end of the keel casting. The ends are flexible because of the taper so the keel bolts are a good way back. The ends will vanish if you are too agressive with the angle grinder!

Tape over the crack with the 6mm tape. (I used 2 strips side by side with a slight overlap) Then form a Sekoflex bead all the way round approx 30mm x 8mm took a few tubes. Then paint over with primer etc.

As a general note you can also use Fairy Liquid to block the Sikaflex from screw threads etc etc. Also use it to tool off where it's squeezed out of joints.

I'm very grateful to 2 members who answered my initial query back in October 2009. Geoff Mills, who took the trouble to phone me and discuss it in detail and John Clarke who answered with the first description I pasted above which was a very similar recommendation.

Come back to me if you want more info. Somewhere I took photos of what I did, but they're at home and I'm in Oz till mid April (2016). I should add that I did this in a warm October day in a boatyard and it took (say) a couple of hours only to do. I'll also say again that it's as obvious as a wart on the end of your nose where seawater is penetrating once you get to the joint. 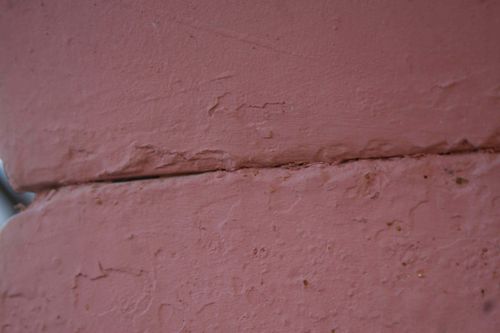 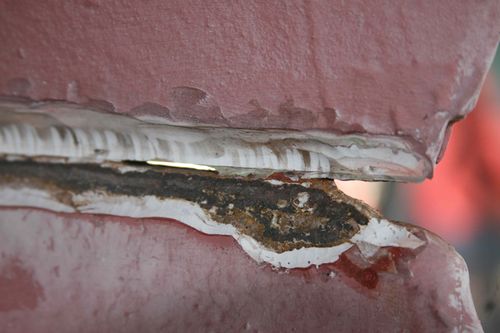 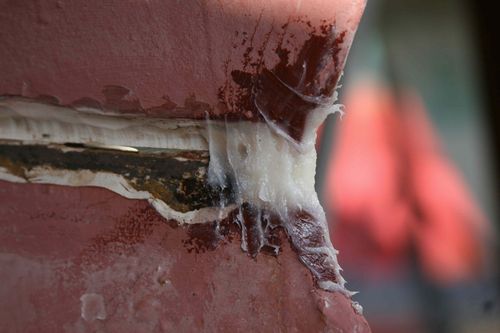 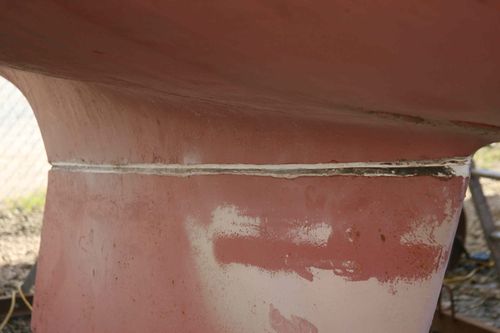 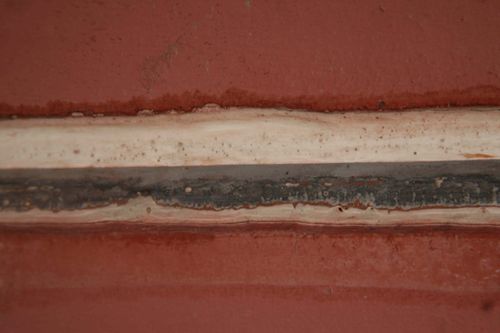 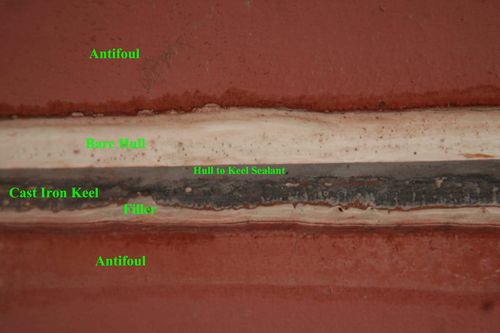 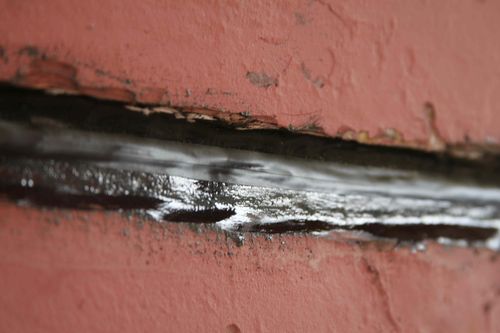 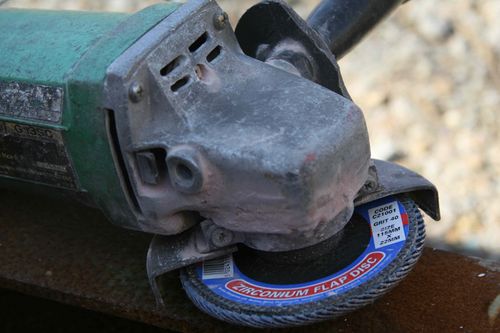