One of the jobs that I was keen to get done was to replace the tired washboards on my Westerly Pageant with bifold doors. 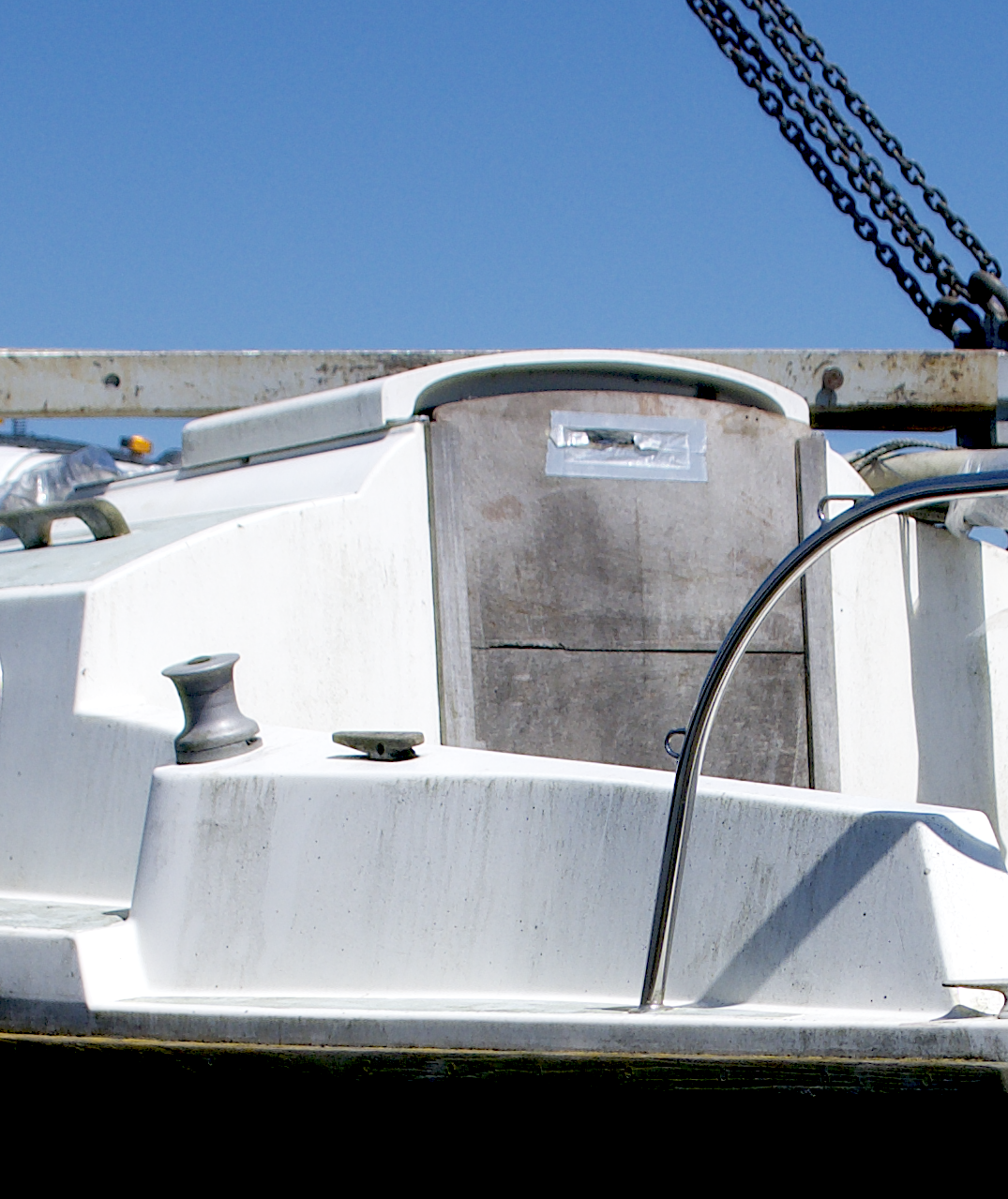 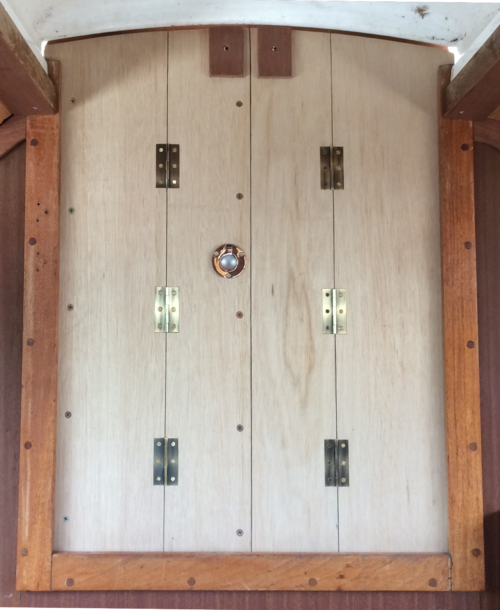 I've tried to cover all the angles in the most elegant way and if there is existing infrastructure, use this as much as possible where it benefits the finished project.

Ventilators of stainless steel with a wire mesh insert to stop insects where added along with internal bottom bolts.

You can probably see the small indentations added to accommodate the ventilator handles and bolt sliders so the doors would fold almost flat. 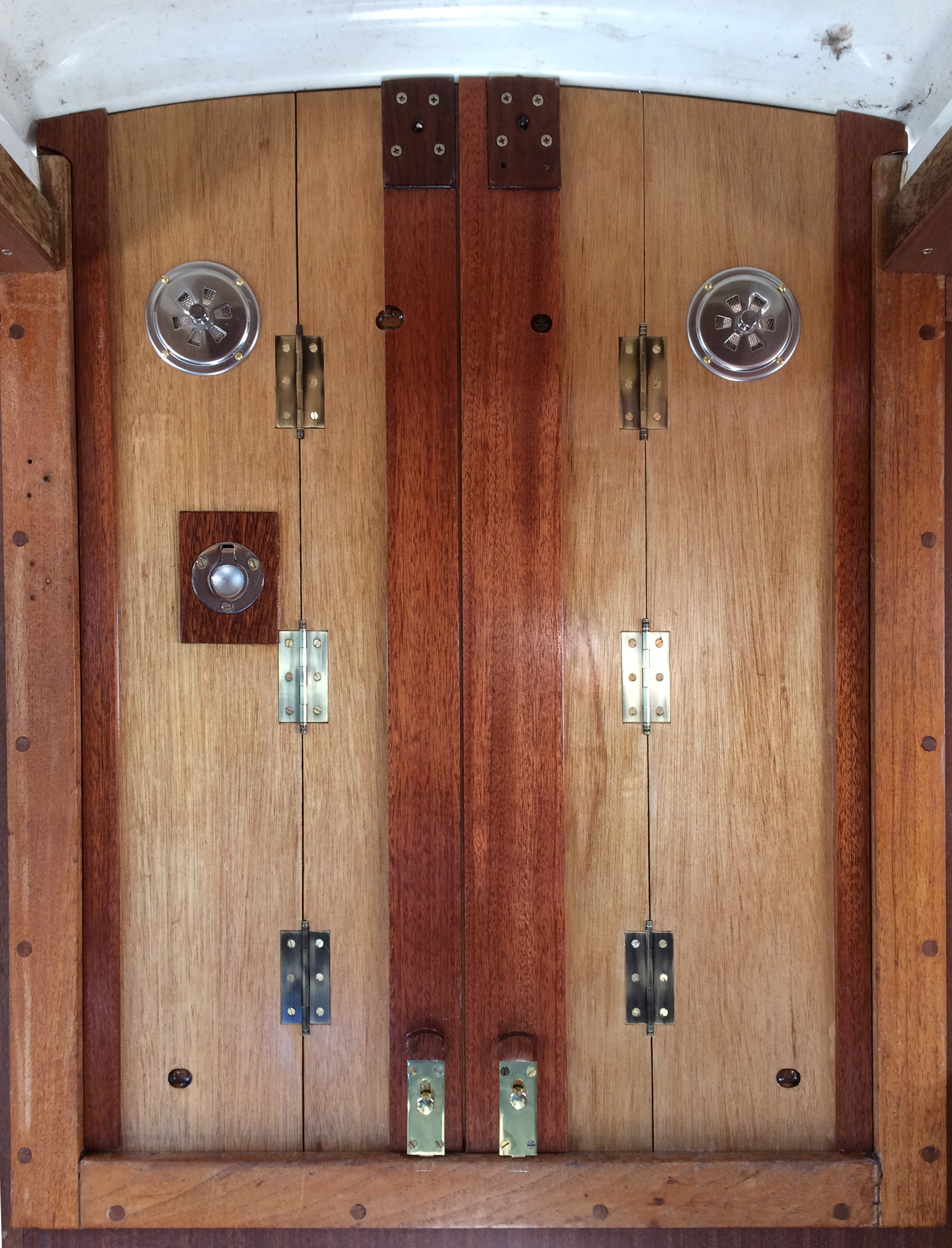 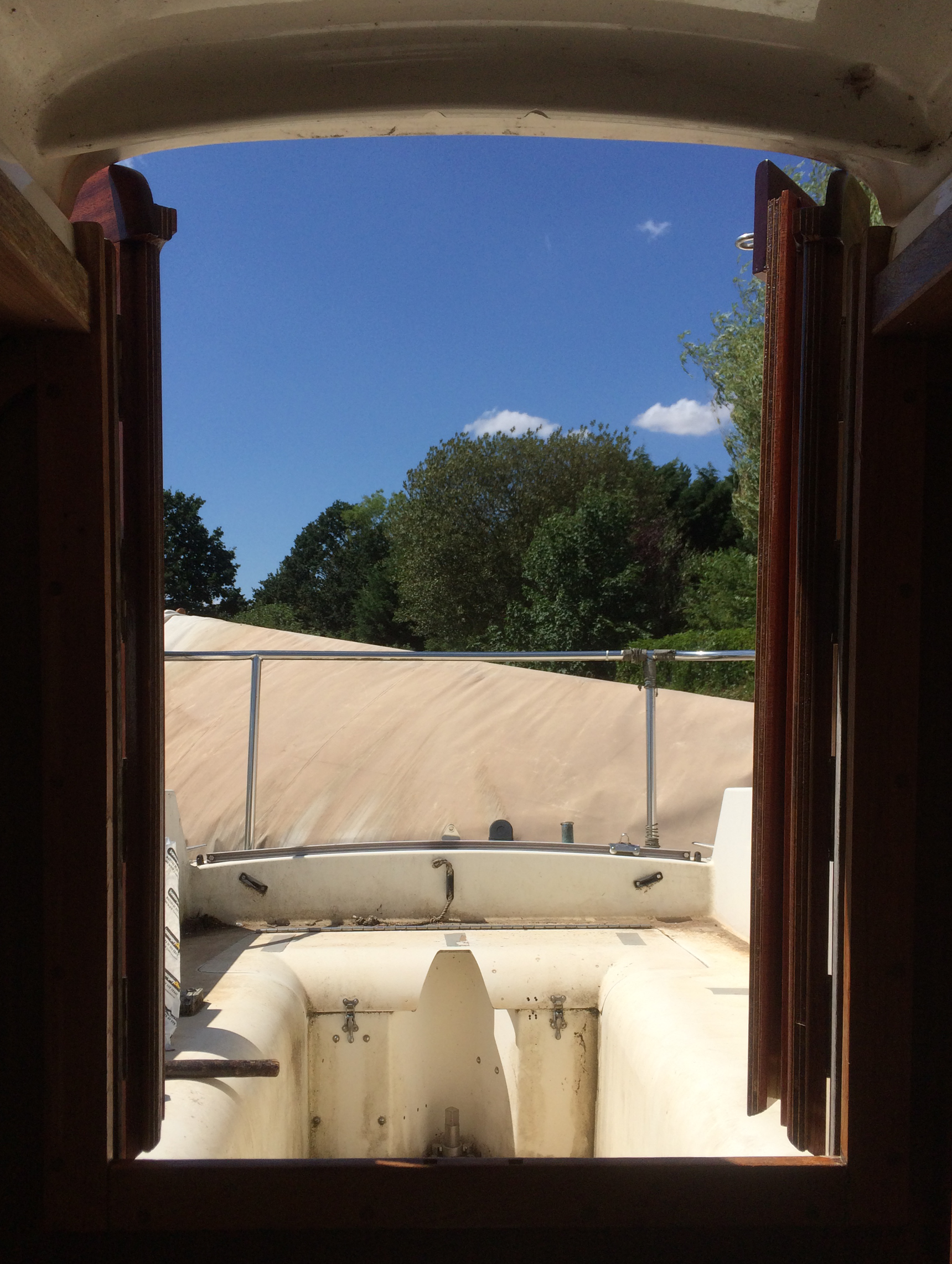 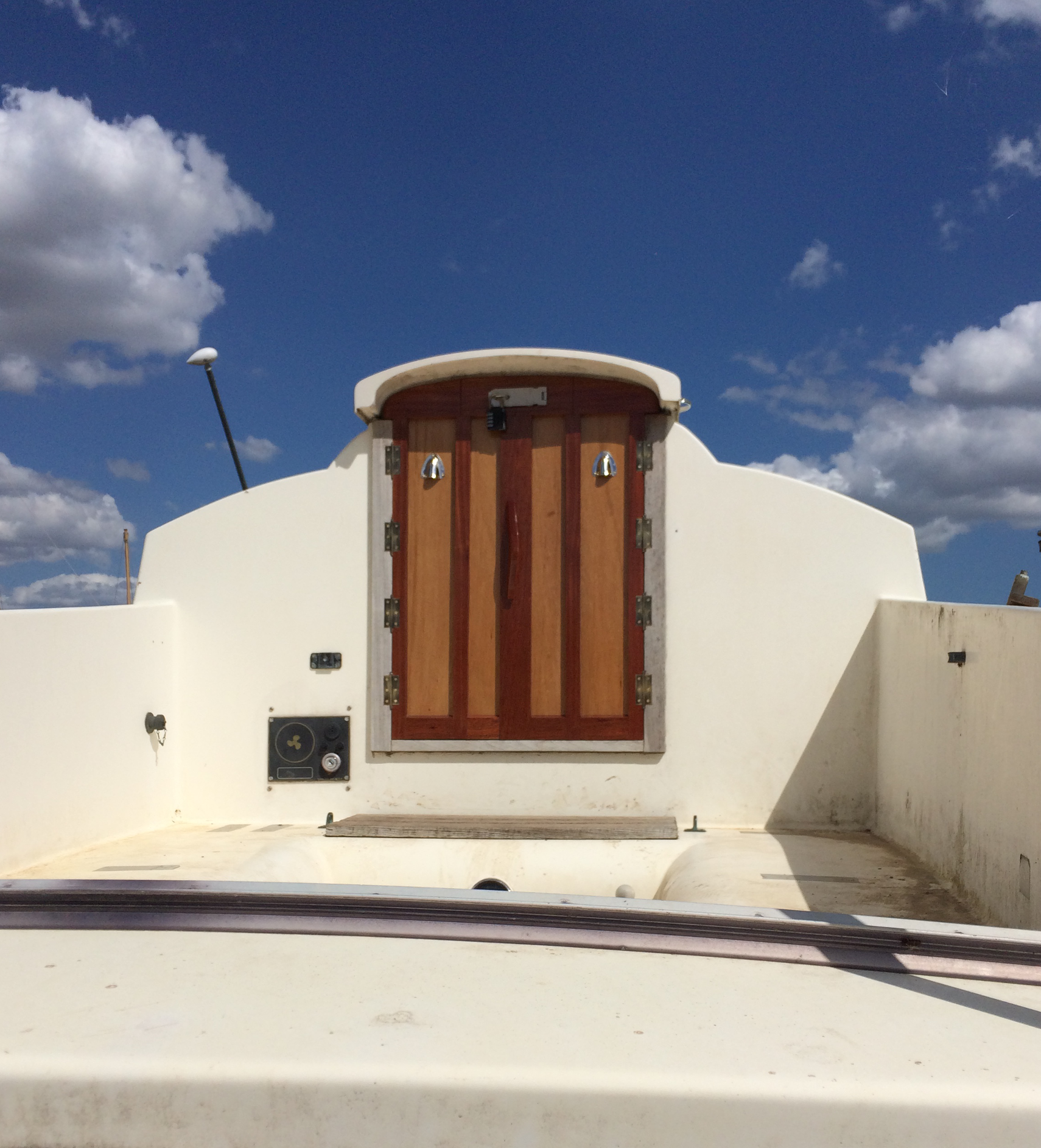